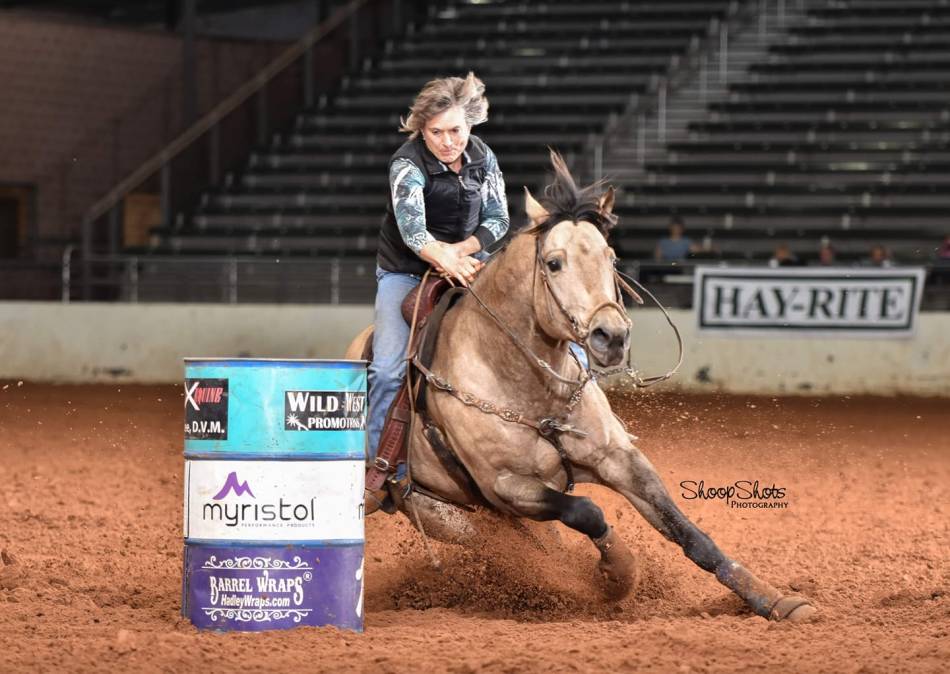 Ranger has checked the boxes and fulfilled all the requirements we had set before we made the decision to breed him. He won his first 1D race at Hawley, TX in October and also won the 2D series buckle. He has had limited hauling and I rarely exhibition him. Thanks so much to all of my fellow barrel racers who have encouraged me to complete this journey of raising and training a stud.

As my fellow competitors have noted, this stallion has impeccable manners and is quiet and willing to warm up, yet he fires down the alley and really loves to turn. He is a character and a joy to be around. We are blessed and hope he will bless you as well with a baby you will thoroughly enjoy and treasure.

Ranger is making progress! We did a “fly into the danger zone” and ventured to the Parker County Arena for his 16th lifetime entry 11/9/2019. No exhibitions and first step ever into this pen he was solid middle of the 2D with lots to fix. Congrats to Top Gun Lisa Nicholas with another amazing run on Stoli My Guy, who topped 336 of the baddest in TX. Once I figure out how to ride my Ranger right and he gets some confidence, we are gonna have some real fun. Oh, and did I mention he was again a total gentleman and cool as a cucumber waiting for his turn to run. I totally love this horse. Thank you GOD.

Ranger” is by top barrel horse producing sire, Letta Hank Do It, who was a futurity, derby, WPRA, and AQHA point and money earner, with proven ability in roping and cutting. Letta Hank Do It is also emerging as a maternal sire, with recent standouts winning BFA and Fort Smith moneys.

Letta Hank Do It is a champagne palomino, by Snazzy Hank SI 104, (half brother of the dam’s sire of Marlene McRae’s Fols Classy Snazzy).

Letta Hank Do It is a maternal half brother of Fire Water Flit, both out of the legendary Slash J Harletta; recognized as an all time maternal producer of barrel horses. An accomplished barrel horse, Slash J Harletta was an AQHA World Champion and NFR Qualifier. From 8 foals she produced three NFR Qualifiers and five other offspring that have been futurity and/or derby champions. (Barrel Horse News, November ’99.) Slash J Harletta’s foals have earnings of well over $500K.

Rosa was futurity ready and looking very good when her career was cut short. She almost died from West Nile as a 4 year old (she had been vaccinated, bad luck). She has permanent neurological damage and is clinically blind in one eye, but is a fine mama. 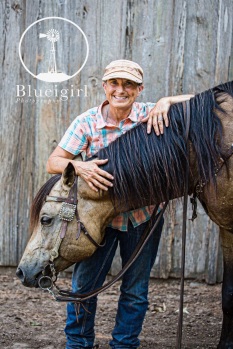 2016 update: Handling really kind and willing. Ranger is riding now and I am so pleased with him and excited for his future. He is an old soul and gentle stud colt. He is loping the pattern and very athletic. 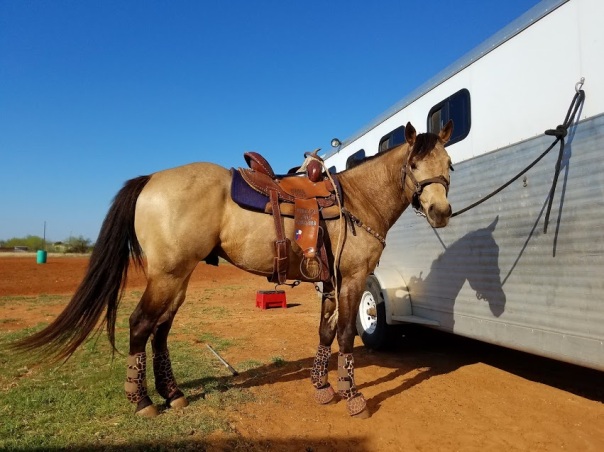 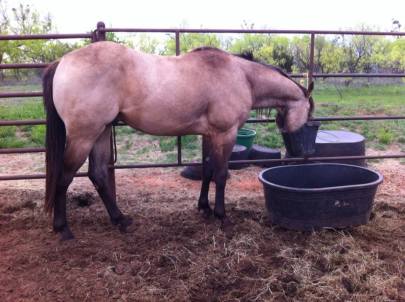 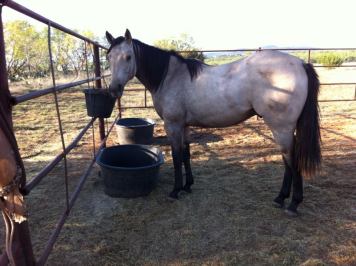